Meet Psychic Tia Belle Who Is Scarily Accurate Ever

In particular, Psychic Tia Belle is a new celebrity on A&E.

Her appearance on “The Real Housewives of New Jersey” was a big hit. After that reality show was aired, the female occultist has gained the popularity from viewers and risen to fame in the widespread contexts.

Also, her very own show, Psychic Tia, released since 2013 is successful.

The route leading Tia to the spirituality world is actually a winding one featuring a true story and a sequence tailor made for reality television. Nowadays, followers can re-watch all episodes of her TV series on both Amazon and iTunes.

Who is she actually?

Come to investigate more about her background, work, and social achievement!

Who is Psychic Tia Belle? 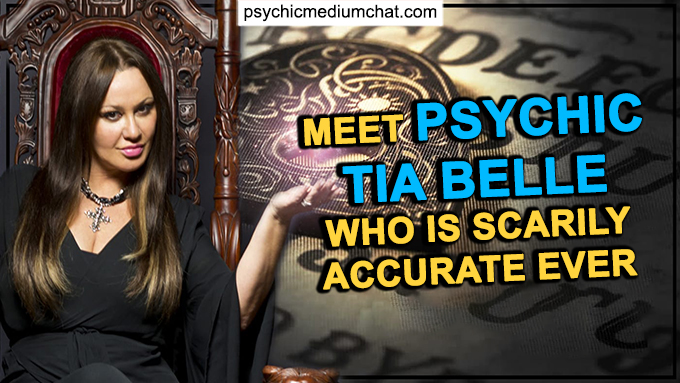 Tia began understanding her psychic ability from the age of 3.

Like character Haley Joel Osment in “The Sixth Sense”, the female spiritualist also received the paranormal info from the deceased people that took her many years of childhood to figure out the reasons she was chosen.

Instead of keeping the extraordinary talent the big secret, Psychic Tia Belle decided to share it to the family members and close friends as well. Tia played Tarot cards at the age of 3; when she turned 11, this young girl could do Tarot readings for her loved ones.

Psychic Tia discovered Wicca magic around that period, and now she still avails Wiccan techniques in her present work.

Not mentioning much about her spiritual capacity, however, Tia Belle has proven that she was truly gifted via her TV shows.

In reference to her work, the Psychic claimed that she could call upon the spiritual messages via the dimensional connection with the dead. Reportedly, she was able to sense the physical contour of the spirits and would also find out many related issues about the deceased accurately.

Additionally, in order to help the dead gain purification, she took responsibility for healing their inner trauma and heart attack. Since the dead could speak to Tia directly, the invisible images became visible in Tia’s eyes. As an illustration, the female Psychic might realize a birthday cake in room that reflected the possibility of the dead person’s birthday as well as the age of passing.

Before pursuing the spiritual missions as the so-called psychic medium, not many know that Tia Belle was a member of the police force.

Because of the life-threatening illness, she stopped working for law enforcement and then focused on the business of being a Psychic. The nearly death experience brought her closer to the spiritual practice with devotion.

Primarily giving live psychic readings to the audience members and callers through TV shows, Tia hasn’t had any chance to work as the psychic detective. Her power has not been utilized to solve a crime; nonetheless, the female occultist still remains close with many friends in the field.

Thanks to her previous career, she is willing to offer assistance whenever the police are in need of help.

2. Big achievements in her spirituality career

Her fame is promoted with psychic services regarding many courses of life.

The most successful psychic reading of Tia was the one for Jacqueline Laurita.

After the success of such the session, the whole case started coming to meet Tia for spiritual guidance and help. From then, the female reader received a phone call from the show producers that asked if she would like to appear on the show. With the big YES answer, the community could evaluate her performance via screen. The segment was very impressive.

In fact, the cameras seemed to have no influence on her psychic ability. Convincingly, Tia was worth praising for her development on the TV shows. Aired since 2013, the viewers can re-watch Tia’s shows on Amazon and iTunes.

Along with that, her shop “The Craft” has welcomed a huge number of clients that come in quest of her readings for the Real Housewives of New Jersey cast. The shop is also a hot place where she meets the customers these days.

What to Know about Tia’s TV Show? 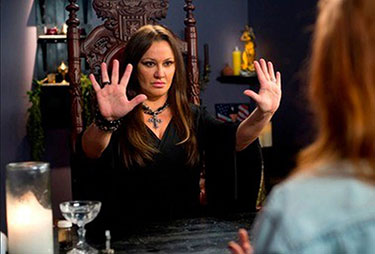 Psychic Tia is a variety show in which viewers can see Tia Belle in different roles; throughout a day, she transfers from a mother and a wife to a friend and a professional psychic reader. Self-claimed as “Mama Bear,” she is willing to help anyone in need of her protection.

The show focuses on how Psychic Tia avails her gift to pure and good intentions, such as revealing one’s fortunes, performing incantations, etc.

Unlike other typical psychic advisors who usually sugar-coat things, Tia Belle is thorough and only approaches her clients with the truth, no-nonsense information and genuine advice.

Via the shows, viewers will get to know Ken, her husband, and Ricky, her son. Aside from Tia’s psychic reading sessions with customers, you will hear interesting stories about living with a spiritualist from Ken and Ricky.

For example, in one episode, when Psychic Tia is talking with the family of Marquis Cooper, one of four football players went missing after the boat accident in the Gulf of Mexico, her partner starts narrating about how amazing it is to have a life with a psychic.

Stories of Ken and Ricky, in fact, bring unique perspectives for viewers to experience.

Moreover, there’s another person whom you’ll surely see a lot throughout the show – that’s Hailey Best, the employee at The Craft and Tia’s assistant. She was Miss North Carolina in the past and her journey to the city was purposely to gain fame and fortune. Unexpectedly, she ended up working for Tia because it gave her excitement and clear clarity. 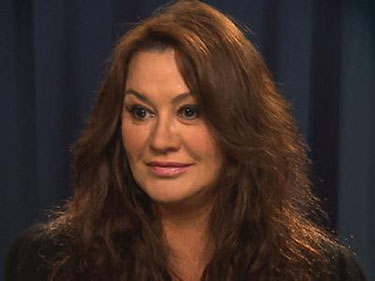 Being gifted with spiritual abilities, Tia Belle enables to do psychic readings and to communicate with the deceased. As the show captured, she balances well her personal life and professional life – though she willingly offers assistance, she won’t allow a long line waiting for her readings at The Craft.

She barely does Tarot readings because Tia’s exceptional gift lets her act as a psychic medium. Through Psychic Tia, you’ll get a chance witness how she demonstrates different levels of her ability diversely.

However, Tia Belle always stays humble and says that she’s not the only person possessing the extraordinary gift. She feels that other mediums like Long Island Medium and Psychic Twins also have it as well.

According to her clients, Tia is surprisingly accurate in her readings.

This may be another factor building her reputation. For those who are skeptical about her ability, then simply contact Matt Anderson, the show’s producer, for the truth and in-depth information.

Please note that even Anderson was a skeptic when he began filming the program. But, during filming, his mother passed away; and, it’s Tia who spiritually heard messages from the producer’s mom and then shared everything with him. After that event, Anderson immediately changed his view about her talent and still believes till now that the story of Tia’s life is incredible and inspiring.

Her readings are straightforward, so don’t be surprised or shocked if she enters the situation directly.

Those who’ve had readings at her shop, The Craft, might even receive blunt advice from her. Indeed, Tia is a sincere psychic reader with a heart of gold and her purpose is to help emotionally vulnerable people find peace by using her extraordinary talent.

It has been 7 years since Psychic Tia was firstly aired on A&E channel, so now the only way to follow her spiritual adventure is to re-watch all the episodes via Amazon and iTunes.

Throughout the show, you’ll be amazed by how Tia blends her psychic intuition with elements of the universe to bring out the real wisdom. Get ready for the journey of a Jersey woman, who handles all incredible tasks per day – taking care of family, solving supernatural cases, supporting friends, and so on.

Despite her reputation of giving accurate readings, still some feel skeptical about her power and even claim her as another scammer.

About this matter, Belle tells that she won’t waste her time and energy to explain to those who are already close minded. She believes that everyone has their own opinions about the psychic ability aspect and she won’t try to prove anything.